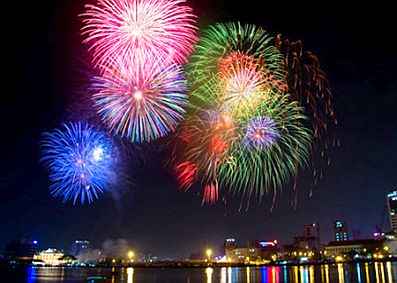 There are only 31 days left to Da Nang International Fireworks Competition 2013 that has been being organized 5 consecutive years. This competition will be held on along the banks of Han River on the evenings of 29th and 30th. Not only is DIFC one of the most outstanding events for Da Nang but also has attracted thousands of international and domestic visitors. It is estimated that the number of tourists in 2011 is 3 times more than in 2010 and 21 % increase in 2012. Hopefully, the tourists will increase significantly in 2013 in order to boost tourism industry, draw investors and contribute to the social-economic development of Da Nang. With the theme “Love for Han River”, we welcome this year five participant teams from U.S, Italy, Japan, Russia and host Da Nang representing Vietnam. Italy is considered to be the strongest team of all due to their international awards and major achievements in DIFC 2011 and DIFC 2012. Besides competition, the visitors also have chance to enjoy other activities such as food exhibition, light festival, flower boat parade on Han River, sea sports on famous beaches of Da Nang, multiple art and music shows. According to recent press conference, DIFC is now renamed as Fireworks Festival and held on 30th April and 1st May every 2 years.  It is believed to be the right decision and new suitable change for the event.