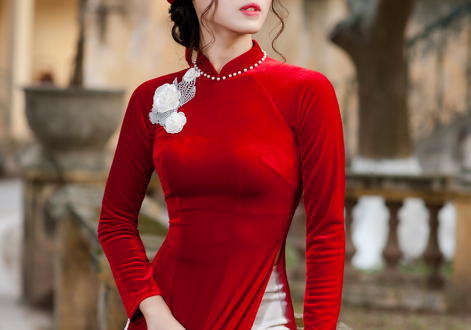 The Vietnamese Ao Dai has seen significant evolution throughout the years and has been in the forefront of the fashion industry, as well as the subject of political reform and cultural identity since its first introduction in Nguyen dynasty.

The exact origin of ao dai is unknown; though, some affirmed that it was first seen around 38-42 AD and worn by Trung sisters in the battle against Chinese Han domination of Vietnam. 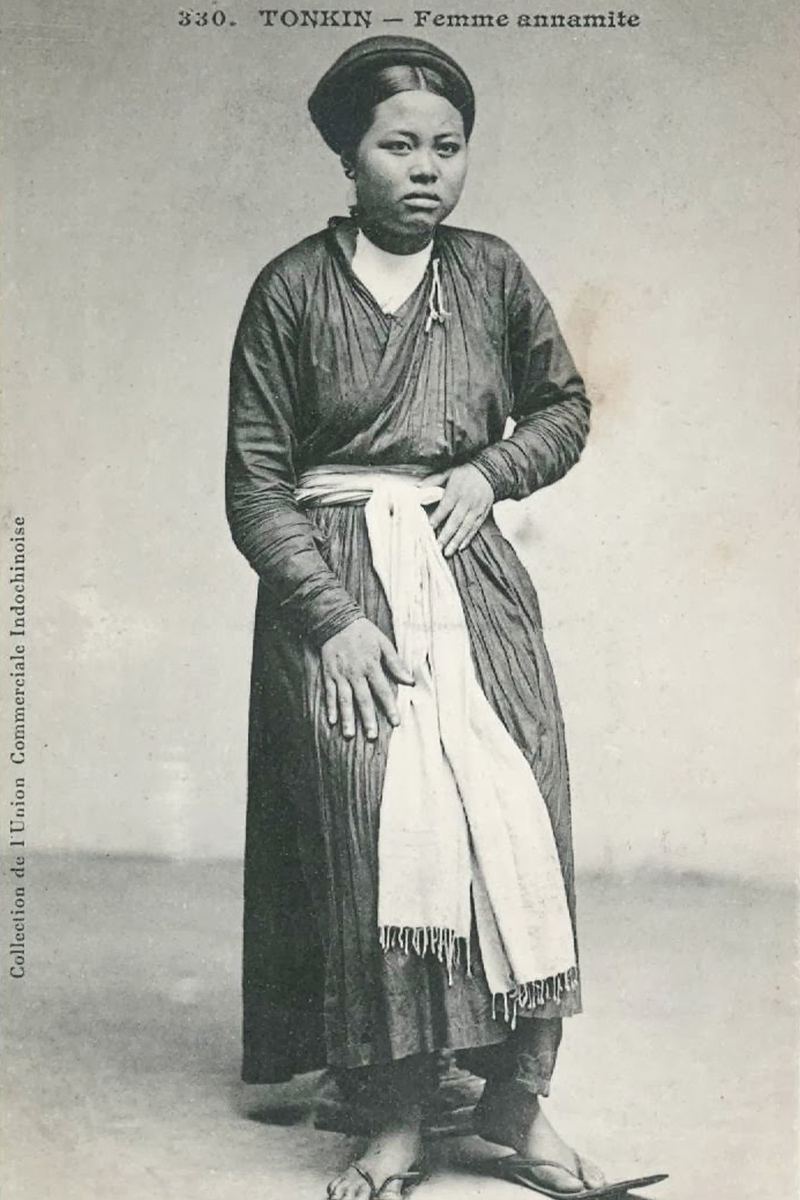 The majority of people have a unanimous idea that Ao Dai came from China, however, the experts believe Ao Dai started its influence over Vietnamese social since 1744. At this time, the South was ruled by Lord Nguyen Phuc Khoat while the North was in control of Trinh Lords. Daily costume of Vietnamese people was “áo Giao lĩnh” (cross-collared robe) identical to those of Han Chinese people. To distinguish the North from the South, the King Nguyen Phuc Khoat ordered his people to wear pants underneath a long dress. This outfit was regarded as the combination of Chinese and Champ clothes. Probably, this is the first form of Ao Dai. 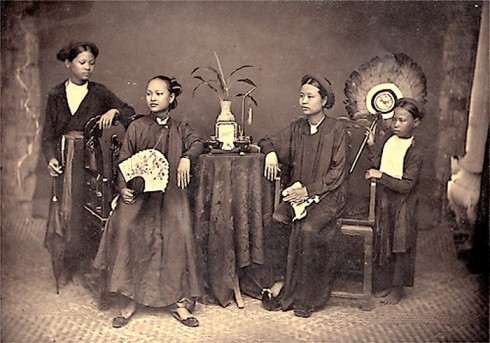 This outfit evolved into the Ao Ngu Than. It then has two flaps sewn together in the back, two flaps in the front, and a flap hidden underneath the main front flap. The outfit appeared to have slits on both sides, features preserved in the later ao dai. However, Ao Ngu Than is shorter and not so tight as the modern Ao Dai. 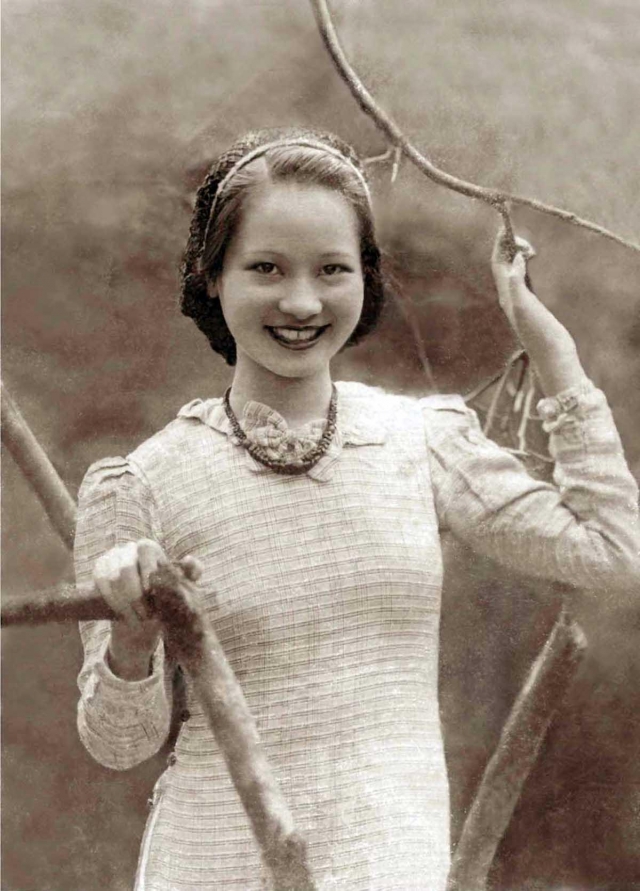 In the 1930s, Vietnam was a French colony and influenced by Western culture. The artist Cat Tuong (or Le Mur) took Ao Dai to new advanced level when she combined Western dress style with traditional Ao Dai. The new outfit was resized to fit perfectly women body with a floor-length and curved flap, a covered waist, along with a Western-style collar, buttons and sleeves. In other words, she made Ao Dai more elegant and graceful. This style had been promoted as a national costume for 4 years before the painter Le Pho introduced several popular styles. Western features were replaced with characteristics of traditional Ao Tu Than in all of his styles. 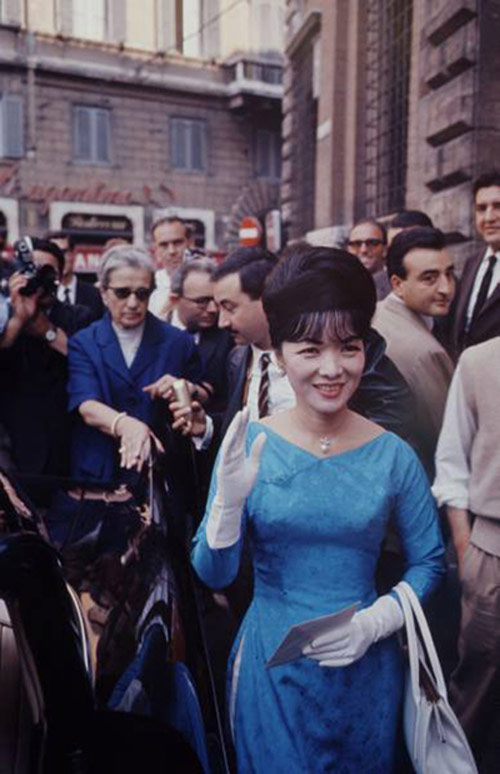 In the late 1950s, the United States took over Vietnam from France, and Ao Dai came to light once again. In 1958, Tran Le Xuan, wife of Ngo Dinh Nhu-Advisor of President made a breakthrough by wearing boat neck ao dai with short sleeves and gloves. The change was hotly debated for a while. The majority of people criticized the inappropriateness of the neckless Ao Dai style, just a few thought it is elegant. As a result of heavy disapproval, Ao Dai is prohibited.

In the meantime, in the South, the Saigonese designers Tran Kim and Dung created a new version of Ao Dai with raglan sleeves and a diagonal seam that runs from the collar to the underarm. The Saigonese women had favourable responses to this style because of its comfort. During the 1960s and 1970s, the Ao Dai gained a high level of popularity. The Ao Dai mini, a version designed for female students, had slits that extended above the waist and panels that reached only to the knee. 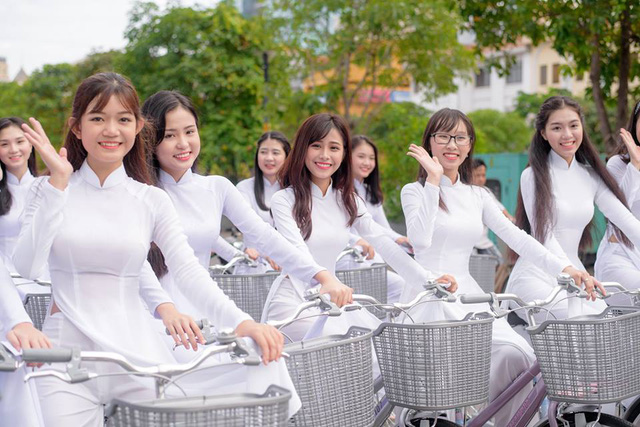 The colour of Ao Dai traditionally reveals wearer’s age and status. The young girls would prefer white for its purity and youthful spirit. Meanwhile, the married women would rather select the rich, stronger colourful shades. Nowadays, Ao Dai is worn for special occasions such as Tet (Vietnamese Lunar New Year), weddings, festivals and ceremonies.  At some high schools, white Ao Dai is uniform for female students.