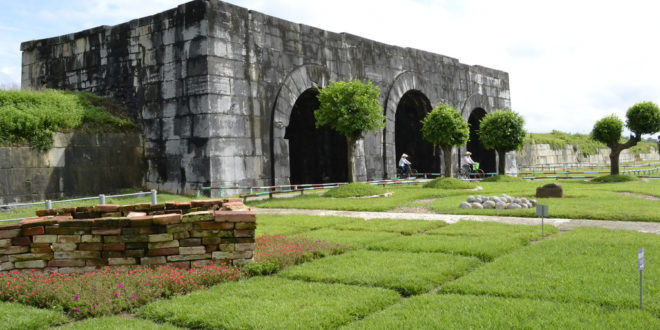 Citadel of Ho Dynasty also called as Tay Do or Tay Giai citadels located in the two communes of Vinh Tien and Vinh Long, Vinh Loc district, Thanh Hoa province to the West.

Citadel of Ho Dynasty was built in 1397 by top mandarin Ho Quy Ly. It is said that it took only 3 months to complete the construction. This is a unique architectural work. The whole wall and 4 main gates were built with quad-rate stone blocks which were chiseled and overlapped carefully one another. The average length of the stone blocks  is 1.5 m, some blocks particularly weigh up to 15-20 tons. The shape of citadel is similar to square. The North-South dimension is 870.5 m, the East-West is 883.5 m. Ho Dynasty Citadel comprises four gates of North, East, West and South which equivalent to front, back, right, left gates. These gate were built under the arch form with big stone-made use. The front gate (The Southern gate) is the main gate with 3 doors of which the middle door is 5.82 m wide, 5.75 m high, and the two others are 5.45 wide, 5.35 m high. The rest gates only have 1 door. The average height of citadel’s walls is 5-6 in , the front gate is the highest with 10 m. 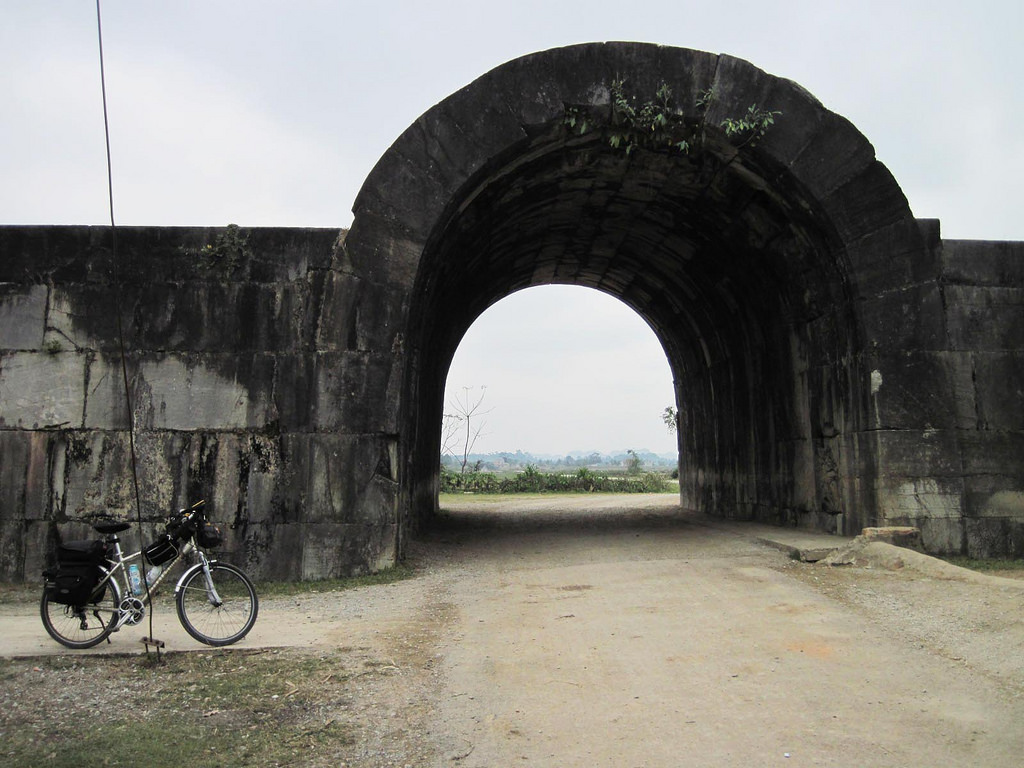 When the citadel was completed, Ho Quy Ly forced King Tran Thuan Tong to move the capital to Thanh Hoa. In February 1400, he dethroned the last Tran king and declared himself king, establishing the Ho Dynasty and renaming the country from Dai Viet to Dai Ngu.

According to records, the citadel was as magnificent as  Thang Long ancient capital with Hoang Nguyen temple, Dien Tho palace, Dong Cung, Tho Ky mountain, Duc statue. However, due to effect of time and war, these architectural works no longer existed, only the walls and 4 gates integrally remains.

Citadel of Ho Dynasty is a national cultural and historical relic. This is the only ancient stone citadel that was ruled by a dynasty in a very short time (1400-1407) but made several significant economic and administrative reforms.

Nowadays, Citadel of Ho Dynasty has been step-by-step repaired and restored with aim of preserving a unique  architectural work  of over 600 years old and improving an attractive tourist destination in Thanh Hoa.