Is it Now a Perfect Chance to Invest in Vietnam?

Since Viet Nam’s accession to the WTO in 2007, the market has been liberalized in certain areas and been a promising destination to international investors.

Up to the present, Viet Nam has successfully transformed from a centrally-planned economy with heavy bureaucracy and subsidies to an emerging market economy characterized by strong dynamism and rapidly growing entrepreneurship. The country continues to drive the global economic agenda and endeavours to integrate into regional and global value chains, bringing about a sharp rise in trade volumes and an influx of foreign investment.

Located in the centre of South-East Asian, Viet Nam borders with China to the North, and Laos and Cambodia to the West. Viet Nam’s landmass forms the shape of the letter S on the east side of the Indochinese Peninsula with more than 3,400 kilometres of beautiful coastline, which is ideal for the development of marine industries, trade and tourism and for its emergence as a shipping hub for South-East Asia as well as the world in general.

As of April 2017, the population of Viet Nam reached approximately 95.3 million people, ranked as the 14th most populous country in the world. Of such a dense population, the median age of Vietnamese people is 30, representing a huge pool of potential customers and labour for international investors.

The Vietnamese government has developed various policies to encourage enterprise and foreign investment in recent years. Particularly, in late 2014, the National Assembly passed on a new Law on Investment and a new Law on Enterprises, both of which came into effect on 1 July 2015, with a series of guiding regulations coming later. These two new laws bring about major changes to the formers passed in 2005 and are expected to create more favourable conditions for investors, especially who come from abroad.

Cost of living and Workforce

By early 2017, the number of people at working age (i.e. over 15 years old) in Viet Nam reached over 54 million – 60% of the population, representing an abundant workforce of the country. Besides, cost of living in Viet Nam is relatively low, even in comparison to other countries in Asian, resulting in a low rate of wages and salaries in Viet Nam, which vary widely across occupations and geographic locations.

Viet Nam has made major steps towards its commitments to regional and international economic integration: signing economic and trade cooperation agreement with the EU in 1995; joining ASEAN in 1995; adhering to CEPT/AFTA in 1996; becoming an APEC member since 1998; entering bilateral Free Trade Agreements with Japan, Chile and Eurasian Economic Union, especially with the United States in 2000, resulting in a dramatic increase in the trade volume between the two countries; completing its accession to the WTO in 2007.

At present, the country is in progress to form the Trans-Pacific Partnership with 10 other members, an unprecedented multilateral free trade and investment agreement pursuing further liberalization of the economics in the Asia-Pacific region. Moreover, the EU – Viet Nam FTA is expected to be the next major milestone for Viet Nam in terms of trade, supporting Viet Nam’s transition towards a more competitive, smarter and greener economy. Expected to be effective for Viet Nam by 2018, this FTA is anticipated to liberalise 90% of imports from both sides in a 10 to 15 year time.

There are plenty more of factors motivating an oversea investor to determine that Vietnam should be one of the stops for his investment flow. However, Viet Nam’s dynamic environment with a young population, plentiful workforce, low-cost environment, advantageous geographic location and a strong economic outlook are outstanding motives to make the country a tempting place for investment in South East Asia. 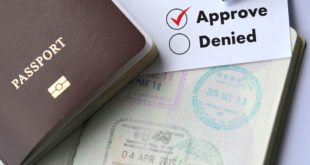 What to Know More about Vietnam Business Visa

Vietnam business visa, which is categorized as DN, LV1 and 2, DT, is granted to …