Belgians are proud people, even though they would not boast blatantly open towards other people, and as much as they try to berate things they don’t like about their country, they also do like to defend some parts of our culture that are worth defending.

If one is to think about Belgium and its (in)famous traits and culture, one would definitely mention the complicated political landscape, the Atomium or the small statue of manneken pis. But what makes Belgians stand out the most is their deep and profound love for food and beverages. Many people know the waffles, or well known french fries (and every single time a Belgian will say they are actually Belgian fries, and not French), chocolate, or even the mussels are quite famous. But what makes Belgians the most proud of their identity is the rich culture and history of its beers.

From the regular but world famous lager Stella Artois to the fruit beers or even Westvleteren, a trappist beer which won the label of best beer in the world multiple times,  Belgian beers are quite popular and famous and many breweries worldwide produce beers inspired by the old Belgian traditional ways.

The Belgian beer culture is so important that regulary beer festivals are held place in places all around Belgium and even abroad. Vietnam is no exception to this as last Friday the 4th annual Belgian Beer Festival Hanoi was organised by Belux Cham.

Vietnam Visa Easy attended this cheerful opportunity to try out some Belgian beers.

The event ran from 6pm – 11pm in the American Club in 21 Hai Ba Trung and upon arrival there was already quite a lot of people. There were different stands where one could taste different kind of beers, food or do some small activities and win prizes.

We settled for Westmalle, Kasteelbier rouge and Gouden Carolus classic. 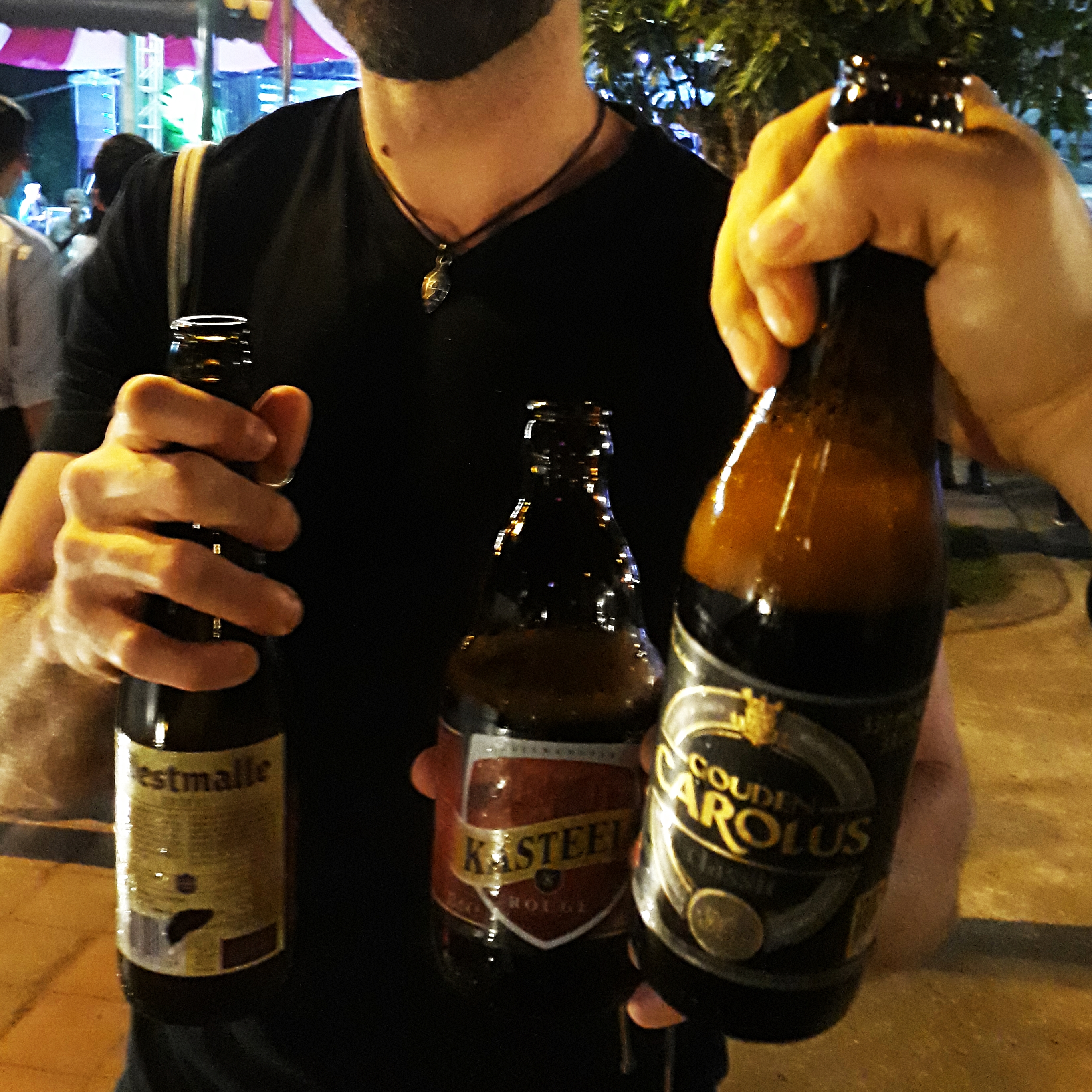 There was music blasting aloud and the atmosphere was nicely relaxed, as one would expect from a beer festival. The big prize of the evening was a trip to Europe, but alas we did not win. However, we were able to eat some Belgian fries and drink lots of different kind of beers including Hoegaarden, Leffe, Westmalle, Kasteelbier, Duvel, La Chouffe, Kriek, etc.

It was definitely a nice evening and Belux Cham did a wonderful job with organising this event!