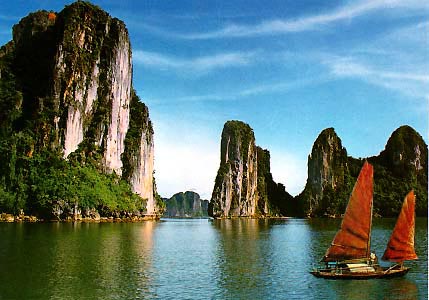 Ha Long Bay in Vietnam has recently been selected as one of 10 most beautiful coastlines in the world by the prime U.S e-journal Huffington Post. Apart from Ha Long Bay, Krabi and Thailand are two Asian representatives on the list.

The  Huffington Post described Ha Long Bay as a masterpiece of nature with more than 3,000 islands emerging from the tranquil blue sea. Recognized as World Heritage by UNESCO, Ha Long Bay owns countless caves with unique s and many species of wild-life animals.

With a coastline stretching 120 km, Ha Long Bay looks like an animated natural picture with thousands of islands and huge grottoes.

Besides, the e-journal suggested tourists book a seat on the overnight cruise for the best sightseeing of the bay.