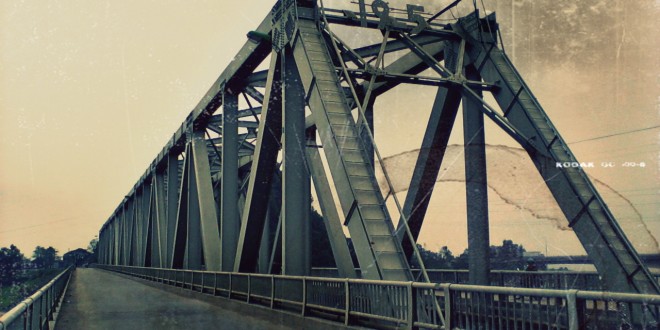 By 21st March, after over 100 working days, the legend bridge Ham Rong in Thanh Hoa has been repaired, innovated to welcome the 45th anniversary of Ham Rong victory. In aerial bombardment campaign conducted against the Democratic Republic of Vietnam from 1965 until 1973, the U.S Air Force aircrews dropped 70.600 tons of bombs but Ham Rong bridge stood still.

Particularly, in two days of the 3rd and 4th, April 1965, soldiers and residents in Ham Rong bravely fought and shot down 47 aircraft, captured many American pilots.
During more than 1.500 days and nights fighting to protect the bridge, soldiers and local people shot down 117 aircraft, eliminate and captured many American pilots, protecting the bridge, ensuring straight-through traffic, contributing to the victory of the resistance war against America.

After the war, Ham Rong bridge was re-made like the old one and symbolized the strong will unable to be defeated and patriotism of residents and soldiers in Thanh Hoa.

However, over the years, Ham Rong bridge was seriously deteriorated and cause inconvenience for road users whenever passing the bridge.