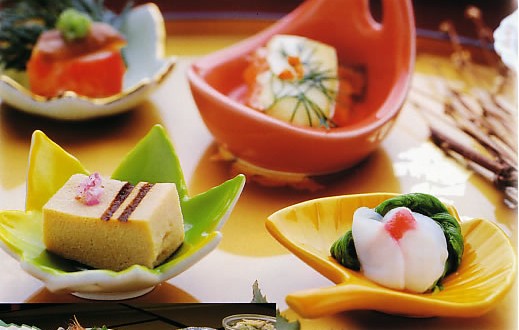 Bearing a lot of common features to Vietnam hot pot with more than 100 years of history, Mizutaki Japnese hot pot tastes sweet and elegant made from chicken broth, chicken, spinach, fish, shiitake mushroom and ponzu sauce. The dish is often served with soup of udon noodles.

Found in Fukuoka only, Okyuto jelly from the Edo period will also delight you with its lightness, slick texture and healthy elements from dried seaweeds. The dish is served with ponzu sauce or black sesame sauce.
With these two dishes, the chef Ohara hopes the guests to enjoy the cuisine of his hometown whether they have visited Fukuoka or not.