Foreign travellers have a sort of love-hate relationship with “trung vit lon” which is known as the Vietnamese version of the famous “balut” egg in the Philippines. Let’s get to know more about this interesting Vietnamese food!

You can literally find this food in every city across the country. Vietnamese people eat “trung vit lon” for breakfast and night snack. It’s loved and very popular for its savoury taste and rich nutrition.

What are half-hatched eggs? 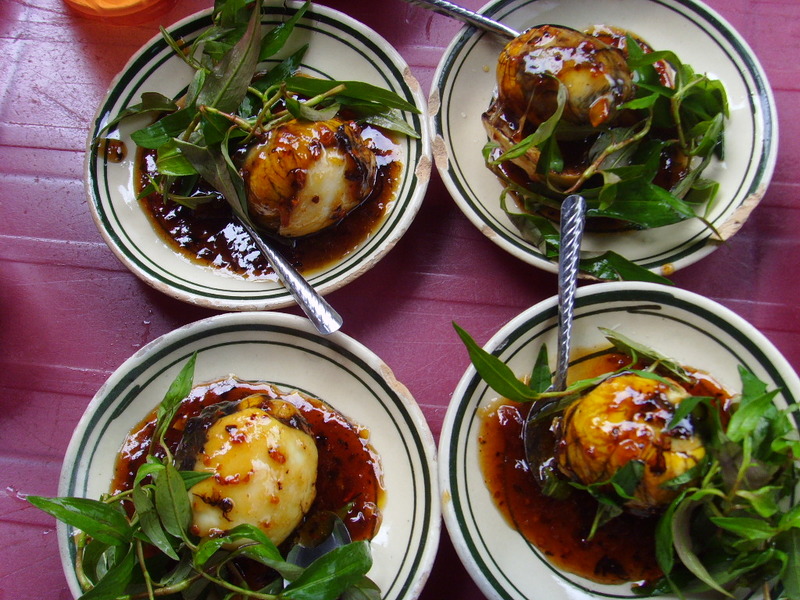 Half-hatched eggs are fertilized eggs (usually a duck) that are incubated for about 14 to 21 days. The eggs can be cooked either by boiling, steaming or stir-frying with sauce.

Eggs hatched for a longer time have almost developed embryo. You can see clearly at the boiled egg the feather and the mere shape of the baby duck.

Taste depends on the breed of duck. In the Philippines, Mallard duck is used extensively for the production of balut while eggs from Muscovy ducks are considered the best.

Vietnamese people also half-hatch chicken eggs and quail eggs. The latter is just as popular as half-hatched duck eggs; the dish “stir-fried half-hatched quail eggs with tamarind sauce” gets recognized as one of the delicacies.

Many countries have this dish including Vietnam, China Philippines, Cambodia, Laos, Thai, Malaysia and Indonesia. We can say that Southeast Asian countries love half-hatched duck eggs, especially the Philippines.

However, each country has a different way of cooking and eating this dish. In the Philippines, balut is younger (17-day-old) then eaten with salt, chilli, garlic and vinegar all mixed together. Vietnamese half-hatched eggs are older, mostly 19-21 days. They often eat boiled half-hatched with salt and Ram (Polygonum Odoratum, Vietnamese coriander). This herb offers heat to balance the coldness of egg, one example to the yin-yang philosophy in Vietnamese cuisine.

In each region in Vietnam “trung vit lon” is eaten quite differently. Hanoians eat this dish for breakfast. The boiled egg will be put in a small bowl. You use the spoon to tap on the egg, remove the shell and sip the liquid first. Add some salt, pepper and ram to the solids then eat.

In the south, people eat “hot vit lon” (the name of “trung vit lon” in the south) for a night snack, after dinner. The egg will be put on a small cup erectly. Only the top part of the shell will be removed. The eater adds salt, Ram and eat the contents inside the egg like a person eat ice cream in a cup.

In the central, more sauce and spices will be added to reduce the egg smell and coldness.

There are two parts of the contents inside of one “half-hatched duck egg”: the white part (which is duck embryo) and the yellow one (the yolk). If you can’t eat the white part for whatever reason, you still can taste the yolk just fine.

Half-hatched egg is very nutritious. Each egg has about 190 calories and offers 14 grams of protein, B-carotene, calcium and other good stuff. It’s good for blood and for a long time used as sex stimulant in Philippines. In Vietnam, other than yin-yang completion, Ram is also used to balance out this sex stimulant impact of the egg.

This dish is also very cheap and sold everywhere in Vietnam.

Why NOT half-hatched eggs?

Having tons of goodness might not be really a good thing. Although half-hatched duck eggs are very nutritious, eating too many of these can harm your health in the long run such as increasing blood’s cholesterol, affecting your bone formation because of too much vitamin A. A healthy adult should only eat two half-hatched duck eggs for one week.

Pregnant women should be cautious when eating this dish. Half-hatched eggs are nutritious and good for the baby but Ram isn’t. Do not eat this dish everyday.

With the elderly, eating too many “trung vit lon” can cause heart attack and other health harms.

Eating half-hatched receives a soft kind of discrimination from westerners, much softer than the eating of dogs. The eating of half-hatched duck eggs is controversial due to religious, animal welfare and human health concerns:

Where to find half-hatched eggs

In Vietnam, they are mostly sold in the street, night markets. The vendors, food stalls and family restaurants selling breakfast foods also offer boiled half-hatched eggs. In the south, “hot vit lon” is eaten as a night snack. You can buy half-hatched eggs at the market and cook them yourself. However, it’s really hard to know their age without asking the seller.

In the USA, California has many places you can go and buy half-hatched eggs like Friday Oakland or Little Saigon. Vietnamese stores and markets are also worth your try. 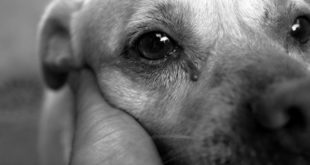