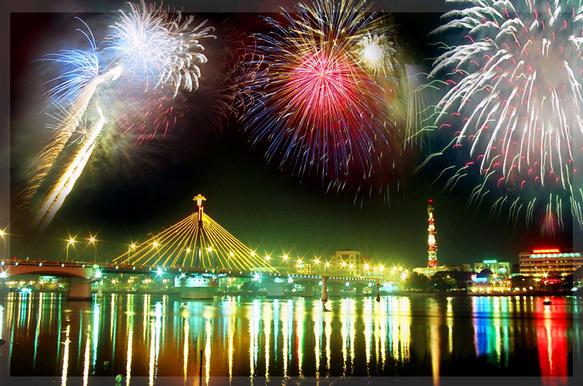 On the second day of competition, spectacular performance of Melrose Pyrotechnics brought back the United States the first prize. The resolution to win 3 consecutive years  of Parente Fireworks (Italy) at Da Nang International Firework Competition-DIFC 2013 encountered a big challenge from United States and Japan. On the second day of competition, Tamaya Kitahara of Japan, (gained 3th prize of DIFC 2010) which used to defeat Parente Fireworks (Itali) and get the championship title at 16th Tarragora International Firework Competition in Spain in 2005 had an impressive display by painting in Danang’s sky and Han River a picture of colorful Japanese garden. This performance received a lot of applause from audience. However, display “The way you look tonight”  of Melrose Pyrotechnics (US) was very the most outstanding of the competition. Thanks to experience from smoky “Rockstrom” performance at DIFC last year, US team impressed audience by a spectacular display.