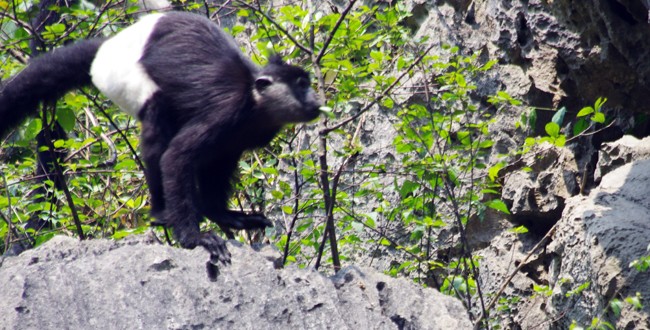 Van Long Nature Reserve or Van Long wetland is located in Gia Vien district, Ninh Binh province that covers an area of 3,000 ha. This is the largest wetland nature preserve in the Northern plains with thousands of animals and vegetation living on mountain’s walls, on the shore, or in the water. The water surface is as calm as a giant mirror, reflecting clearly every single carving line of limestone mountains which are shaped exactly with their name such as Meo Cao, Mam Xoi, Hom Sach, Da Ban… Of which, remarkableness is waterfowl which often migrates in winter; belostoma,  a nearly extinct insect species; and particularly Delacour’s langur is in danger of global extinction. Van Long has 32 beautiful caves including many potential caves for tourism development like Ca cave, Bong cave Rua cave with the length of about 100 m to 250 m.

The landscape in Van Long reminds visitors of Ha Long Bay. That is why it is described as an “inland Ha Long Bay”.