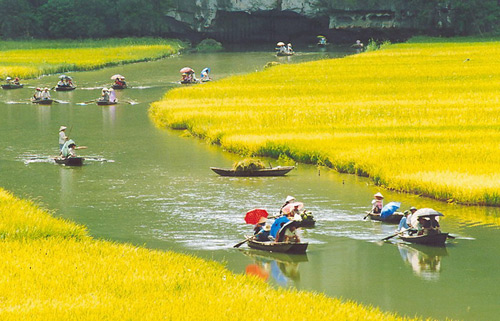 According to a survey over more than 1.200 tourism managers, Vietnam ranks the 2nd place (the first place in China) in Asia for tourism development.

This is one of the results from a survey over more than tourism managers in the world about the global tourism trend released at World Travel Market in London. According to Mr Simon Press, Director of World Travel Market in London, Asia leads the world in the potential for tourism development. With a population of more than 1.3 billion, China ranks the top of the list among Asian countries.

The latest statistics of the World Tourism Organization revealed that international visitors to Asia-Pacific increases by about 6% in the first half of 2013. Meanwhile, South Asia grows 7 % and Southeast Asia increases by 12%. Therefore, the expenditure of Chinese tourists grows 41% in 2012 compared to the previous year and surpassing both top spender Germany and second largest spender United States (both close to US$ 84 billion in 2012).

Almost 30 Vietnamese businesses attended World Tourism Market in London with a view to seeking and expanding market as well as advertising Vietnam’s image. The market is mainly for travel agencies, hotels, and businesses operating in the tourism industry. The organizers said that the visitors of the market this year increase 14% over 2010 of which 23.000 visitors join the market on the first day.