Vietnam is one of the countries that have a long and most complicated history in the world.

The earliest civilization of Vietnam is dated back nearly to 4000 years ago under Hong Bang Dynasty (Early, Middle and Late periods), Thuc Dynasty, Trieu Dynasty at Red River Valley. The last king of this time was Trieu Duong Vuong. The ancient Vietnamese civilizations were the earliest men practised agriculture by dyke and canal systems.

Central Vietnam is under Champa kingdoms in 2nd AD while South Vietnam was ruled by Funam kingdom from 1st AD to 6th AD.

In 111BC, North Vietnam is under Han domination until 40 AD, Trung Sisters sparked an uprising against the Chinese. They freed the country for 3 years and in 43 AD, the Chinese came back and crushed the rebellion and rule till the 10th century. This time is called “1000 years of Chinese domination” by Vietnamese. In year 938, Ngo Quyen led the country once again fighting back the Chinese and succeeded. Vietnam became an independent state but the Chinese never gave up their desire for annexing Vietnam to the great land China.

From the 11th to 13th centuries, Vietnamese independence was consolidated under the enlightened emperors of the Ly dynasty, founded by Ly Thai To. Many attacks on Vietnam from surrounding countries Champa, Khmer and China were launched but all failed. Kublai Khan conquered China in the mid-13th century and demand to cross Vietnam territory to invade Champa. Vietnam refused to open wartime with Mongols. Invaders from the north tried three times but were defeated miserably. This great victory couldn’t exist without Tran Hung Dao General. 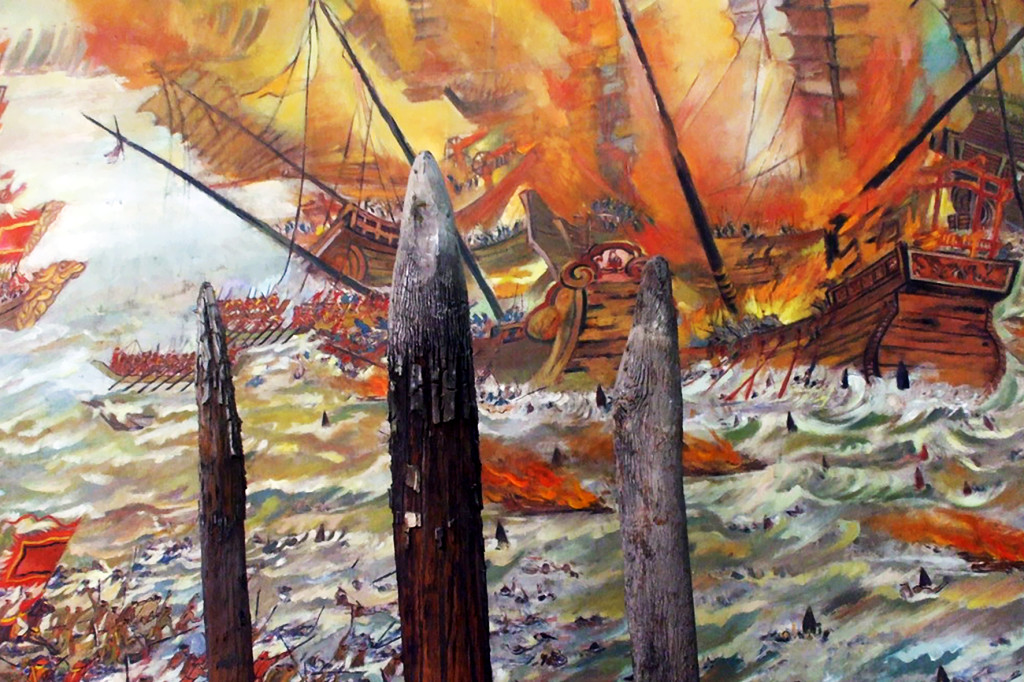 In the 15th century, the Chinese seized control of Vietnam once again. In 1418, Le Loi started Lam Son Uprising which lasted 10 years and ended in victory to the Vietnamese. By 1428 the Chinese were driven out and Le Loi became the Emperor Le Thai To. However, in the early 16th century, the power of the Le dynasty declined. During the 17th and 18th centuries, two rival families effectively held power, the Trinh in the north and the Nguyen in the south. The Nguyen family conquered the Mekong Delta from the Khmer Empire.

In the 1770s, Nguyen brothers led a rebellion at Tay Son. By 1786 they were in control of the whole of Vietnam and one brother, Nguyen Hue made himself Emperor Quang Trung. In 1788 the Chinese intervened in Vietnam but the Vietnamese routed them at Dong Da. A Nguyen lord named Nguyen Anh escaped. He raised an army and from 1789 he pushed back the rebels. Nguyen Anh took Hanoi in 1802 and made himself Emperor Gia Long.

Meanwhile the Portuguese reached Vietnam by the sea in 1516. In their wake came missionaries, first Dominicans then Jesuits and the Roman Catholic Church made some headway in Vietnam.

French and USA failures in Vietnam

By the late 19th century, Vietnam became a colony of the French part by part. In 1859 they captured Saigon. Finally in 1883 North and Central Vietnam was forced to become a French protectorate. Many military rebels were launched by Vietnamese patriots but none of them succeeded. In 1911, Nguyen Ai Quoc (Ho Chi Minh) went abroad with hope to find a way to release his country from invaders. In 1940, Japan took over Vietnam. The Vietnamese Communists or Viet Minh fought the Japanese and by 1945 they controlled parts of North Vietnam. And after the August Revolution, Japan surrendered and control came to Ho Chi Minh who returned after 30 years travelling and activating around the world. On 2nd September of 1945, Ho Chi Minh declared the independence of Vietnam.

French army soon came back to the picture and clearly showed no intention of giving up Vietnam despite Ho Chi Minh’s efforts to negotiate which was in fact to buy more time for the young government. Eventually, war broke out and spread over eight years. Even though the French were backed by America but the result couldn’t be any different from other invaders in the past. French’s involvement was ended by the greatest victory in Vietnam history – Dien Bien Phu. After a siege lasting 57 days, the French were forced to surrender.

The happy ending was not even close. Geneva Conference took place and both sides agreed that Vietnam would be temporarily divided at the 17th parallel and elections would be held by 20 July 1956. But no election happened and the division prolonged.

In the north, Ho Chi Minh became president of the communist government and in the south Ngo Dinh Diem became ruler in the attempt of USA to raise in south Vietnam a puppet government. Meanwhile, in 1959 the North Vietnamese began a long guerrilla war to reunite Vietnam under Communist rule. The Northern Guerrillas were known as the Vietcong. The USA gradually involved more and more in Vietnam. In 1964 two US ships were reported to be attacked by North Viet. Then Americans bombed the north and Congress passed the Tonkin Gulf Resolution allowing the president to take ‘all necessary measures’ to prevent ‘further aggression’. By the end of 1967, half of a million US soldiers were present in Vietnam. In January 1968 the Vietcong launched the Tet offensive in towns and cities across South Vietnam. They lost the battle but the offensive exposed one fact that America could no longer bear the cost of fighting this war. From this point, the USA realized they need to think about their withdrawal.

In January of 1973, USA signed a ceasefire and the remaining American troops withdrew. The South Vietnamese continued to fight the Vietcong alone. However, in the early months of 1975 South Vietnamese resistance collapsed and on 30 April 1975, the North Vietnamese captured Saigon. Vietnam was reunited under Communist rule.