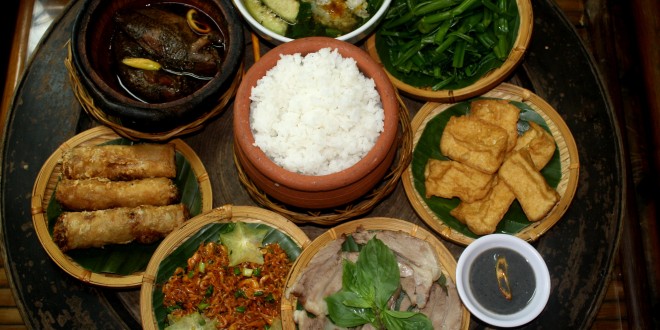 How to Eat with A Vietnamese

Food is a very important and significant part of Vietnamese culture. We can say that cuisine takes part in every aspect of life in a country that has been deeply influenced by agriculture. Therefore, like any other country in the world, Vietnamese people do mind about eating manners and dining behaves. However, you can relax a little bit because there are not so many dos and don’ts and usually they are easy to learn if you spend few days practising with locals. The etiquette is divided according to each local region but fundamental modes are the same and easy to follow for a foreigner.

Vietnamese people have so much respect for the elders, especially in daily meals. Family eating together is a beautiful cultural feature in Vietnamese daily life. The members always try the best to attend at least one of the three main meals each day. In those meals, the elders are waited for which means meals only start when they are present. So when you are the guest, it’s important to wait for the host, the elders to take you to the table. Avoid sitting down by yourself at all cost. It’s not only awkward but also very disrespectful.

Use bowl and chopsticks properly 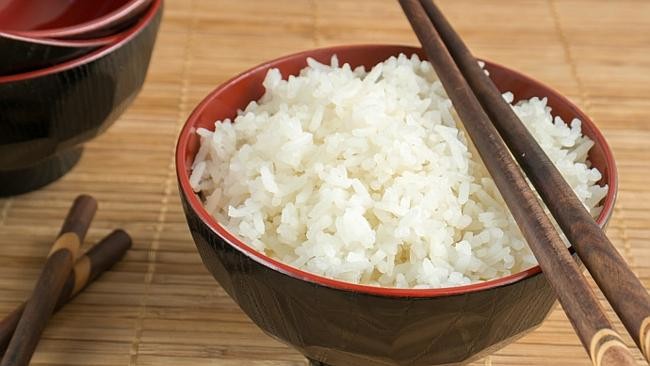 Chopstick is very common in Asian cuisines and Vietnam is no different. Unlike most of the European and Middle-East countries, Vietnamese use bowl and chopsticks to eat so just by how you use your hands with these two things, people will judge if you are skilful eater or not. The first thing is to not stick your chopstick vertically in a bowl of rice. This action is considered a taboo and meant only for death. So if you want to rest your chopsticks put them in parallel on the bowl or down on the tray or table. Vietnamese people use chopsticks to pick up food on the plates but dipping, stirring your chopsticks into the soup bowl is strictly forbidden. Do not use the chopstick to tap and make a sound on the bowls and plates, or to poke the food. The act of making sound with chopsticks is believed can summon the dead. Don’t use chopsticks to receive the food from other’s chopsticks, use a bowl instead. In Buddhism reburial ritual, a chopstick is used to pick up and move the bones of the dead. Pointing chopstick to other people is also considered very rude and should be avoided.

Avoid leaving too much food

When you are invited to dine with a Vietnamese family, everyone loves seeing you enjoy their food so leaving too much food in your bowl is considered rude and impolite. However, it’s not to the extent that you have to eat whatever they give even when you are too full or it’s the food you don’t eat. If there is something you really can’t take, just say clearly the reason and refuse it politely. Or before coming, you can just find a way to inform the family about what you can’t eat with a reason, they will be more than happy to treat you what you are suitable with.

One small thing is Vietnamese elders really like to show their hospitality by picking up the best food and place into the guest’s bowl, especially when the guest is younger. By no way should you return the food picked for you to the plate or refuse it by taking it away or putting into someone else’s bowl? This is considered very offensive and rude. If you don’t like it, let it stay in your bowl the whole time. 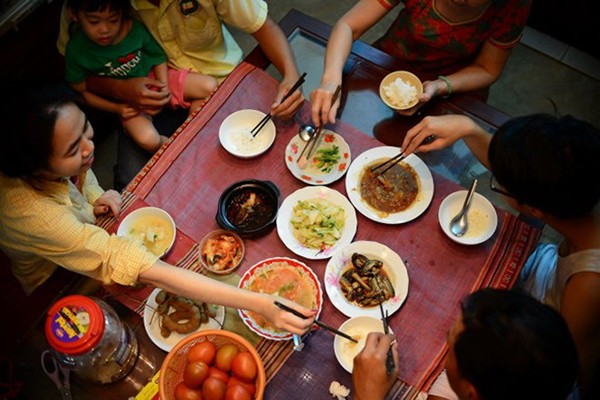 Eating with a Vietnamese family is pretty much a communal experience. In the past, the bamboo mat was where the meal took place. People place the mat on the floor and sit on it to eat. The method is very different from European countries where people sit on chairs and use the table. Nowadays, in cities and most middle-class to upper families, chairs and table have become common now. But when there is a feast, everyone prefers to sit on a bamboo mat, on the floor.

The whole family will sit in a circle around the banquet of dishes with a bowl and a pair of chopsticks prepared for each eater instead of plate and fork as in western countries. Often there are no spoon and napkin served. The head of the family sits next to the guest while the mother or eldest daughter is in charge of serving rice.

There are two important bowls on the table one of which is a fish sauce or dipping sauce bowl and another one soup bowl. You dip the food into the fish sauce for a better taste then take the food back into your bowl. You can ask the cook if you don’t know which sauce for which food. Do not take up and pour the sauce into your bowl. Same goes to the soup bowl. There will be a big spoon used to scoop the soup into the rice bowl.

Usually, the meal is finished when all the food on the table is gone. The members don’t leave when others still eating but they stay and talk. Vietnamese always encourage you to eat more even when you are full. Or if you are the last person to finish, do not mind it, the host loves it when their guests eat a lot and they will keep you company even after the dessert is served.

We hope that our article will help you understand Vietnamese culture better and even give you more confidence to dine with the locals comfortably.