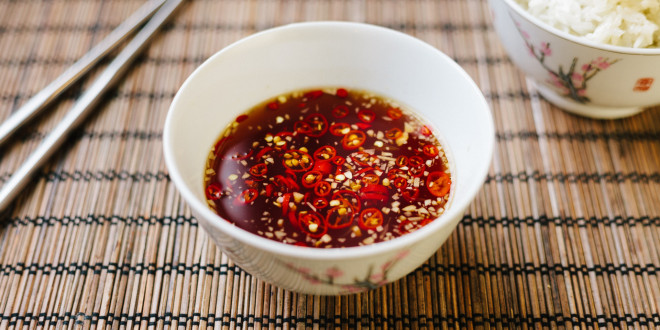 The very renowned and unique condiment that must be used in every meal of Vietnamese is no other than Nuoc Mam, in English, Fish Sauce.

Fish sauce is an amber-coloured liquid made from fermented fish and sea salt. Nowadays fish sauce is used commonly in Southeast Asia countries such as Thailand, Cambodia, Filipino, and Laos.

It’s proven that the first people to create Fish Sauce in Europe were the Romans. Garum was a kind of liquid condiment made from selected fish innards, blood and salt, left to ferment in vats. Romans were using this liquid as a fish sauce to add to food after cooking, similar to how ketchup is used today. However, with the decline of the Roman Empire, we saw also a decline in the use and production of Garum. In European culinary art today, fish sauce is not widely used.

In Asia, it’s believed that fish sauce was originally invented by the Vietnamese. The sauce is more similar to Liquamen, made of the whole fish and sea salt, can be used to cook and after cooking. Unlike the sad story of Garum, Vietnamese Nuoc Mam, through the thousands of years, still is the most important culinary condiment of the Viet and nowadays, commonly used in daily meals. Just go out to any market in Vietnam, you can easily grab a bottle of fish sauce from price under 1 dollar to a doubled price varying on quality.

How to make and use it

Fish sauce in Vietnam is often made by fresh anchovy fish which must be cleaned by water first. Fishes are mixed with sea salt at a certain ratio, for an example 7:3, meaning 7 kilograms of fish goes with 3 kilograms of salt. The mixture (called chượp) is placed into vats for fermenting. The top layer was pressed by bamboo-net and heavy stones. The time for fermentation is about 12 months, after that the sauce will be extracted and sterilized.

The most common way to use Nuoc Mam is as a dipping sauce. Fish sauce is something that can’t be missed to dishes like a spring roll, shrimp in batter, pancake, bun cha, banh cuon…. A common Vietnamese culinary knowledge lets us know that the Vietnamese like to harmonize all flavours in a single dish or in the broth. There is no difference between fish sauce. We add chilly slices to add the spicy flavour, sugar-sweet, lime juice sour, and sometimes garlic and ginger are added depending on the food that is used with. To those who can’t stand the salty flavour of the sauce, just add some water to lighten it. 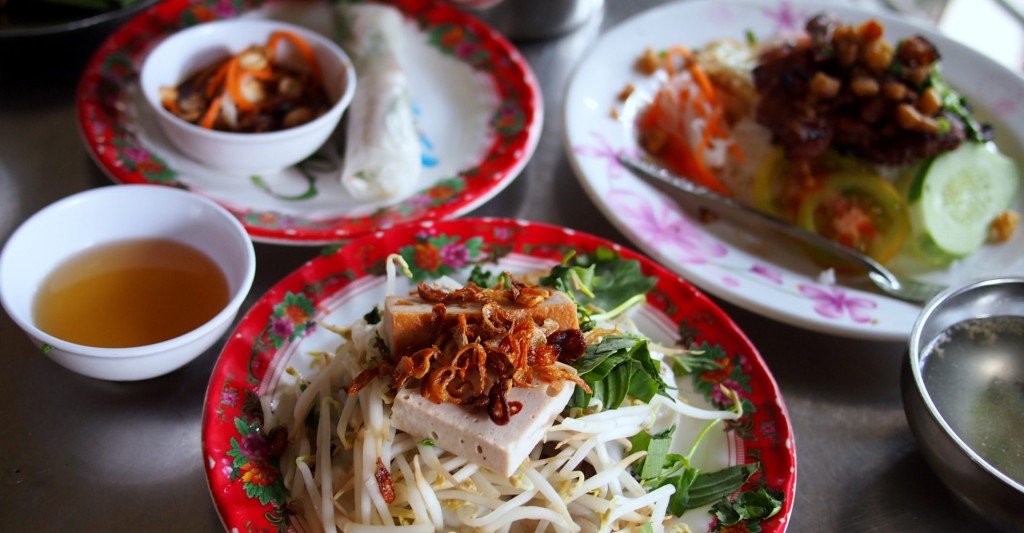 Fish sauce can also be used to cook food in replacement of salt in some soups or stir-fries in order to get a savoury smell.

Fish Sauce made in Cat Hai is very famous for its very salty flavour and dark brown colour while Nha Trang and Phu Quoc have lighter and sweeter tastes and colours.  Recently, the Chinese brand is getting popular with its even lighter taste and its many versions such as fish sauce added with garlic and chillies. 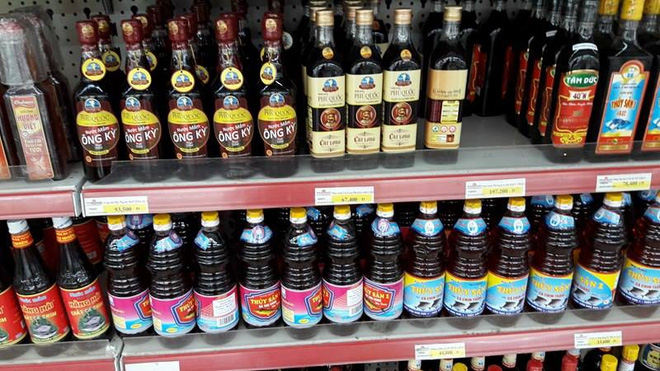